COVID-19 and the Wheel of Trust 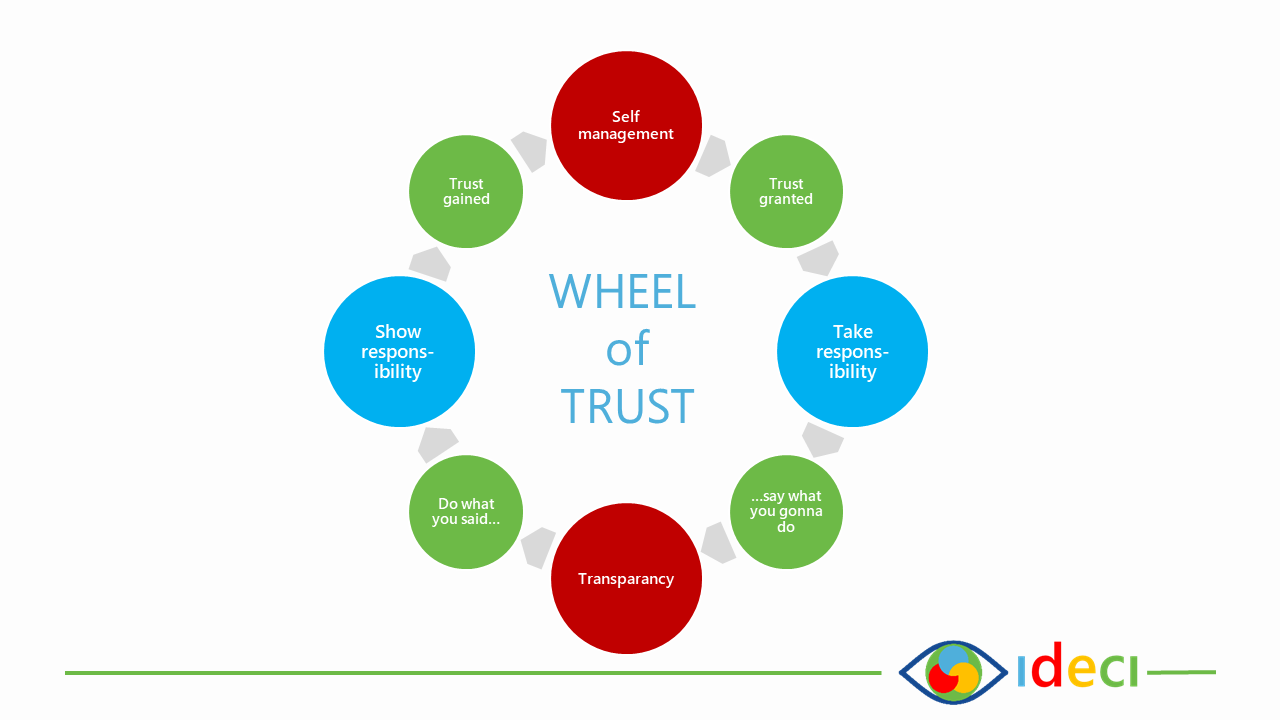 I got this e-mail from Don Roberts, very experienced business consultant, specialised in system integrator business development @www.exotek.com . He asked me about my past experiences @www.hollandertechniek.nl with regards to open office space and flex desks. Below the answer I’d like to share with you:

COVID-19 crazy times? Well maybe we just went back to normal: a more modest pace, with time to spend with family, moments of silence and space for new thoughts and new inspiration. That certainly applies to me.

When Hollander decided to build a new office, back in the mid ‘90’s, Jan Hollander (founder and father of the current owner Erik Hollander) decided he wanted an office without walls; a so called office landscape. I remember he even ordered some free standing walls, intended to form some sort of a meeting space, to be dismissed: we recycled them to build the company bar in the basement 😊. In those days we only had about 80 people working in Apeldoorn, to fill a huge space with only a few desks. So there was little to none noise disturbance. Sure … in the following years some meeting spaces were created, since there obviously was a need for that. Especially since the office became more and more occupied, while Hollander grew. 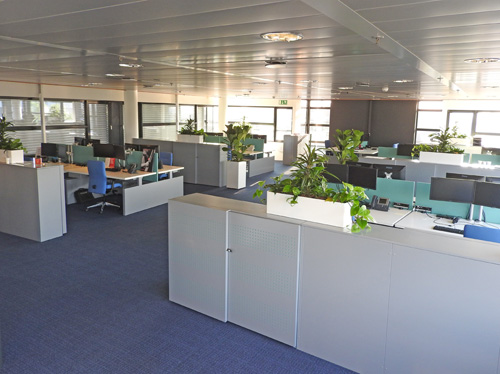 At a certain point in time, about 6 years ago, Hollander had grown to a size that they had to decide to move to a new office building or … make use of the current one in a more efficient way. Hence the idea to introduce flex desks, since on average an office is only occupied for max 80%, and often less.

So all desks were replaced by all identical, in height adjustable, desks. Some extra 4 person meeting boots were added as well. Most of the cupboards were dismissed: every employee was left with two shelves. Allmost every one traded their desktop-PC for a laptop (many already had one). You had to clear out the desk at the end of the day.

There was quite some resistance to this whole flex desk idea: I heard quite a few non-arguments but also a few that turned out to be valid ones. The people already were used to an open office, so that helped. In practice you’ll see the same people taking a seat at the same desk every day. That’s human nature: sticking to our habits. Especially the engineers, that needed serious computing power and 3 monitors, had their dedicated desks.

After a while you’ll see groups emerging: software engineers cling together, as well as hardware engineers, project managers with project planners, a.s.o. Along the lines of expertise or common interest.

One of the advantages of fixed positions is that it is easy to find someone, instead of everybody being scattered throughout the place.

Just before I left the company, in 2016, they started a new experiment: transferring the organisation from a (in part) hierarchical management model to a decentralised organisation with self-managing teams. Actually I was under the impression we already had that… but it turned out to be the case in my team, but not in many other departments: it heavily depends on the type, character of the ‘manager’ (I personally don’t like that term and prefer the term ‘coach’).

People were now supposed to get organised along a market/customer alignment: so a team for wastewater-treatment customers, another for manufacturing industry customers, a.s.o.  That turned out to have just as many advantages as drawbacks (as with any organisational arrangement you choose). They’re still tweaking it, to find a form and shape that suits the customers just as much as the employees. I guess that’s an ongoing thing.

I learned that a lot of senior managers still apply the management theories they’ve learned in school, +30 years ago, from books that were written 20-30 years before that. There’s a nice book written on the subject with the all saying title: Bullshit Management. Unfortunately … it is only available in Dutch. But if you’ve ever played bullshit bingo, you’ll get the idea 😊 It made me realize that I do no believe in, what is called, the Anglo-saxon business model, driven by KPI’s. I strongly believe in the Rineland business model, driven by people.

Why is all of this important when asked about office interior arrangements? Because the office reflects the philosophy of the company. Like Jan Hollander did when he build a new office building back in the 90’s. He went as far that, when you nowadays look at google maps, you’ll find that he left his mark on this earth; the office has the shape of an ‘h’ … from hollander. 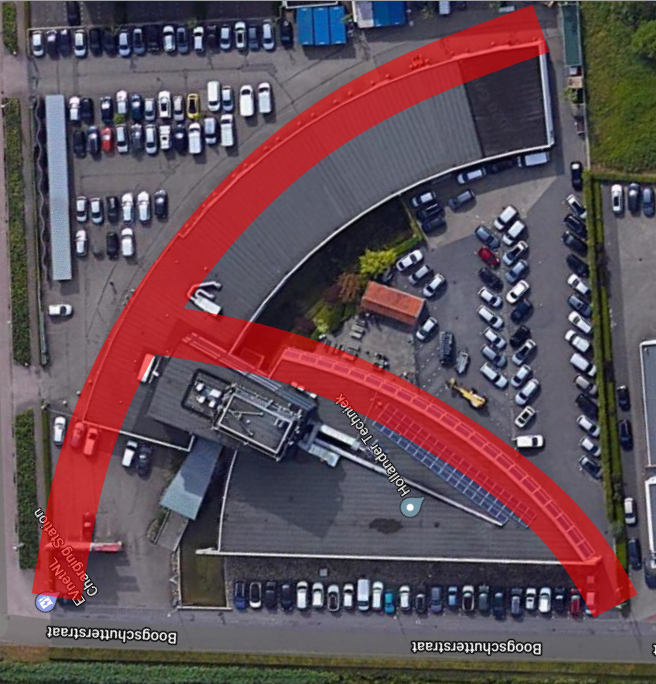 Thanks to the COVID-lock down companies were forced to facilitate working from home. Many companies really didn’t feel comfortable with that. Why? Because a lack of trust in their employees. The old thought that people will only be productive when they work from eight to five in an office with a supervisor has gotten stuck in many manager ‘s minds.

If that’s the case, he probably got the employees he deserves. It’s a circle of trust, as shown in the picture above.

To facilitate this circle I use a combination of coaching tricks an software tools. At the moment I’m doing a team lead ad interim job were I introduced www.easyproject.com collaboration platform. Learned the engineers how to get a grip on their own planning, while at the same time taking responsibility for their part of the project-effort, as well as providing transparent insight and overview to any other participants and stakeholders like (project)managers and CEO.

When the lock-down came, the team could show and prove their efforts and progress on any open issue of every project they were working on. … without the need to be in the office between 8 and 5.

Hope that will answer your question. If you’d like to learn more about it (e.g. the non-sense of a function profile) we maybe should have a skype/zoom/teams-meeting.

the World is Flat

Modularity for dummies, part I
Scroll to top